By Associated Press September 26 at 12:51 PMPHILADELPHIA — The Latest on dedication of a monument for black activist in Philadelphia (all times local):

Hundreds of people gathered at City Hall in Philadelphia to celebrate the unveiling of a monument paying tribute to a 19th-century black activist.

The crowd cheered Tuesday as a statue and memorial honoring Octavius V. Catto was revealed. The honor is the first such named tribute for an African-American in a public space in Philadelphia and the first statue in nearly a century of any figure at City Hall.

Catto was an educator, athlete, veteran and activist in Philadelphia before he was gunned down in 1871 at age 32. Mayor Jim Kenney led the statue effort for more than a decade. He called Catto “a true American hero” who should be revered by all Americans.

A century before the fight to end Jim Crow segregation laws, Octavius Valentine Catto was leading a civil rights movement in Philadelphia.

On Tuesday, the city will laud Catto’s legacy with a statue in the shadow of City Hall — the first such named tribute for an African-American in a public space in Philadelphia. The honor comes amid a national conversation about Confederate memorials, and about who is an American hero and how and where the country chooses to celebrate them.

Philadelphia is in the midst of its own debate on the issue. Catto’s statue stands just several hundred yards from a sculpture of former Mayor Frank Rizzo, whose complicated racial legacy has led some to argue that his likeness should be removed from city property since racial violence erupted in Charlottesville, Virginia, last month.

Copyright 2017 The Associated Press. All rights reserved. This material may not be published, broadcast, rewritten or redistributed. 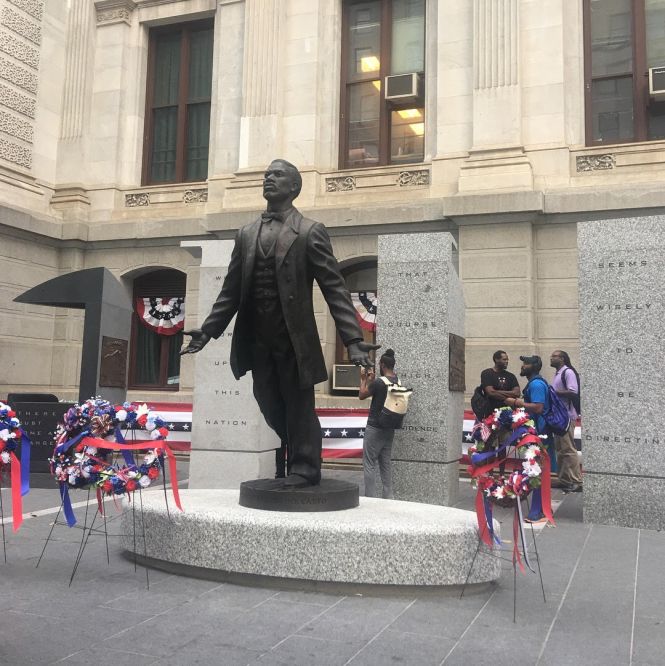 This site uses Akismet to reduce spam. Learn how your comment data is processed.

We’re on Tumblr too!

A mix of all our social media platforms all in one space! You can click here to check out our Tumblr page. Happy tumbling :)