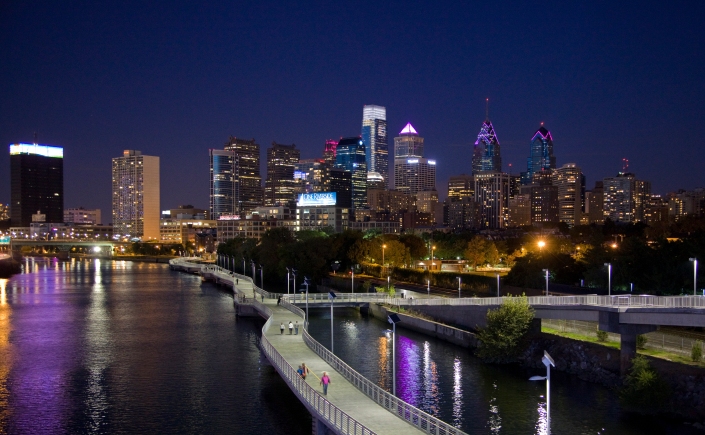 The NFL Draft, Museum Of The American Revolution Opening & A New Opera Festival On Tap For This Year

2017 looks to be another blockbuster year for Philadelphia, giving people plenty of new reasons to visit and explore the raved-about city. Still pumped from the excitement of a visit by Pope Francis in 2015 and the Democratic National Convention in 2016, Philadelphia will continue to bask in the national spotlight when the Museum of the American Revolution opens in the Historic District in mid-April and when the NFL Draft takes over the Benjamin Franklin Parkway later that month. Other highlights include the largest retrospective of works by Andrew Wyeth since the 1970s at the Brandywine River Museum of Art. Starting on the same weekend in mid-September, Opera Philadelphia will debut its annual opera festival O17, the Benjamin Franklin Parkway will kick off the 15-month-long centennial celebration Parkway 100—which includes the groundbreaking temporary art exhibitions Fireflies and, later, Winter Fountains for the Parkway—and the entire city will host the public art exhibition Monument Lab.

Here’s a look at what’s in store for Philadelphia in 2017:

This site uses Akismet to reduce spam. Learn how your comment data is processed.

Earlier this week at the Police & Fire Living Flame Memorial Service, honoring @phillypolice officers and @phillyfiredept firefighters who lost their lives in the line of service. (photos by Bill Z. Foster)
👟 It’s on! This Sunday is the 2022 Blue Cross Broad Street Run! Road closures and other important information are available at the link in our bio ⤴️
Our office is closed today in observance of Good Friday and will reopen Monday! Have a great weekend 🌷🌷 #philly #whyilovephilly
🏆 Spent the morning celebrating our champions today! Congratulations to Philly’s 5 youth winning teams: Enon Eagles, Frankford Chargers, North Philadelphia Aztecs, Oak Lane Wildcats, and The Inner City Warriors! Philly loves a champion ❤️ #philly #youthathlete
This Women's History Month we’re honoring groundbreaking women leaders in the Philadelphia event industry like Kathleen Titus, Race Director for the Philadelphia Marathon.
❤️ Love is in the air! The Love Run Philadelphia Half Marathon returns this Sunday! A list of road closures, parking restrictions, and event details can be found at the link in our bio ⤴️ #LoveRunPhilly

We’re on Tumblr too!

A mix of all our social media platforms all in one space! You can click here to check out our Tumblr page. Happy tumbling :)